Demand for efficiency and sustainability is creating an opening in aquaculture for ABB, a Swedish-Swiss multinational systems engineering firm that focuses on automation.

Headquartered in Zürich, Switzerland, ABB operates in more than 100 countries and employs around 132,000 people. It sees a potentially large opportunity in helping to automate major aquaculture farms and processing plants, according to Lars Andersen, head of the ABB aquaculture division in Norway.

The company has already made significant headway into the market in Norway, according to Andersen, and based on that success, he told SeafoodSource the company sees a global market for its services.

“This is technology you can use for fish farms, even if the voltage is different,” Andersen said. “We have the technology to make [aquaculture operations] efficient on all sides. ABB systems connect electrification and control systems on numerous remote sites to one on-land control station. This cuts out the need for diesel generators, saves power, and ensures usage of clean energy from on-shore renewable energy sources. “

On the processing side, ABB is working on a new processing plant being built by Norwegian salmon firm Leroy AS. It’s unique because of an automation system that allows a single control interface that allows the plant operator to monitor machines installed by various suppliers, according to Andersen.

“We can collect all the data and present it in one interface for the client to monitor, instead of five to ten interfaces. This allows you to check how the machines are doing and how the plant is performing,” he said. “Also, we can connect all sites to one control center on land instead of having one guy on each fish farm controlling feeding,  so you can operate that from a single control center controlling numerous sites.”

In general, aquaculture companies want automation systems to be more efficient and sustainable than their current operations, Andersen said, and he believes the know-how ABB is building up on seafood projects in Norway can help companies achieve that anywhere they operate in the world. Indeed, ABB is already pursuing an initial effort at global transfer at technology – the firm already has a seafood specialist in its Tokyo office where the robotics team is delivering robots for fish processing plants in Japan.

“They want to be more precise,” he said. “They want less waste.”

This is a trend that he expects to continue. However such automation works on large-scale plants and isn’t yet suited to small factories without the scale to pay for the systems, he said.

“We see that [Norwegian] aquaculture production companies are exporting nets and other aquaculture equipment to Africa and the Middle East and Asia. You need equipment like nets if you do aquaculture on a small scale, such as 10,000 tons per year. You don’t need automation at that level,” he said.

“I think that’s a future strategy,” he said. “We haven’t started yet, [but] I don’t think the [aquaculture] business is automated yet and salaries are too low. [Maybe we’ll start] In a couple of years.”

In the first 3 months of 2017, Vietnam’s pangasius exports valued at US$371.3 million, up 1.6% over the same period last year. There was a shift in the importing market structure, in which, exports to China continued to increase by 56.8%.

Shipments to other big potential markets such as Brazil, Mexico and Saudi Arabia also posted the year-on-year increases of 70.4%, 38.8% and 13.8%, respectively. Meanwhile, exports to some other main markets went down, in which, sales to the U.S fell by 24.3%; those to the EU decreased by 21.5%; those to ASEAN downed 10.8%;and those to Colombia dropped by 5.3% over the same period in 2016.

Vietnam’s pangasius exports to the EU in QI/2017 reached US$49.9 million, down 21.5% over the same period last year. In particular, exports to 4 single largest markets including the Netherlands, the UK, Spain and Germany reported the year-on-year decreases of 2.8%; 15%; 42.8% and 27.2%, respectively. According to the ITC statistics, in 2016, imports of some whitefish species into the EU such as frozen cod fillets (HS code 030471); frozen Alaska (HS code 030475) and frozen cod (HS code 030363) picked up the largest share. Up to now, whitefish products are still very competitive with Vietnamese frozen pangasius fillets (HS code 030462). It is forecasted that from QIII/2017, Vietnam’s pangasius exports to the EU will increase when the price of raw materials decrease due to a sufficient supply to meet market demand.

In the first three months of this year, top five largest pangasius exporting companies in Vietnam included Vinh Hoan Corp., Bien Dong Seafood, Navico, Hung Vuong Corp. and IDI Corp, with the value of US$140.4 million, accounting for 37.8% of total exports, equal to the same period last year. Vietnam’s pangasius exports forecasted to continue to increasing by 5% compared to 2016.

Buyers have been concerned about lower supply and higher prices for Alaskan salmon since the start of the year, and when Alaska Department of Fish and Game projections were released in mid-March.

Those projections showed that sockeye salmon is expected to drop from more than 52.8 million fish last year to nearly 40.9 million fish this year. King salmon will also drop from 401,000 harvested in 2016 to a projected 80,000 fish in 2017.

“Last year, the total run for Bristol Bay was the second highest out of the last 20 years. When you are having the second-best season in 20 years, you can’t do that every year. It is natural variability,” Tim Sands, Nushagak and Togiak manager for ADFG’s Commercial Fisheries Division, told SeafoodSource. “The forecast for this year is still above average: the average [commercial harvest] is 31.5 million fish.” 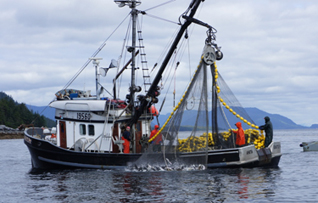 However, buyers are still concerned about low inventories and high prices on 2016 salmon, leading into the 2017 season.

“There is very little [frozen inventory] left. We are all anxiously awaiting for the new season,” said Steven N. Chartier, vice president of sales and marketing for Peter Pan Seafoods in Seattle, Washington.

“Demand far exceeds supply,” echoed Cassandra Squibb, chief marketing officer for Copper River Seafoods in Anchorage, Alaska, saying that frozen salmon prices are around 15 percent higher than they were a year ago. “This will be a trend well into the season.”

Despite the concerning sockeye news, Alaska’s overall pink salmon forecast is forecast to surge from 39.4 million fish last year to 141.9 million this year, benefitting processors of canned salmon, smoked salmon and other products.

Plus, Alaska coho salmon will jump from 3.8 million fish last year to a projected 4.7 million this year.

Vorgestellt am MSC Meeting in Zürich am 8. Februar 2017. 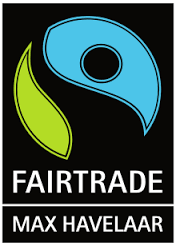